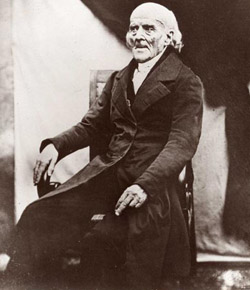 Homoeopathy is a system of medicine based on the principle like cures like. While mention of this principle is found in the writings of Hippocrates (400BC) and even earlier in those of the ancient Indian poet Kalidas (approx. 10th Century BC) it was a German physician Dr. Samuel Hahnemann who in 1790 founded a system of therapeutics based upon it.Hahnemann became interested in the curative powers of the medicines, and in one of the text books of his time he read that cinchona bark (from which quinine is extracted) cured malarial type fevers as it is bitter. He thought that the best way to determine the action of cinchona was to see what effect it had on the body. Thus he took some of the substance himself, and much to his surprise he developed fever, chills and other symptoms resembling those of malaria.This result made him see that the reason why cinchona is effective in cases of malarial type fever is perhaps because it is capable of producing a condition very similar to malaria. He repeated this experiment and performed several others with other medicinal substances on himself and on volunteers from amongst his family, friends and students, and each time obtained the same result.

On this was based the homoeopathic principle like cures like which means that a substance that can cause a certain effect in a healthy person can cure a disease with similar symptoms. For example a person who has been poisoned with lead (chronic poisoning) will experience symptoms such as severe colicky pain with spasm of the abdominal muscles, constipation and paralysis and fatigue; on the other hand a person suffering from these symptoms especially where there has been no history of lead poisoning can be relieved with the homoeopathic remedy Plumbum metallicum (lead in homoeopathic ultra minute doses).The homoeopathic principle can be used to heal or alleviate conditions even where no medicines are employed; for example an experienced cook when burned will hold his hand close enough to the fire to experience an increase in the burning pain rather than immerse it in cold water, as in this way his pains are relived faster after a temporary increase in the discomfort and also there is better healing.

Hahnemann's experiments of testing medicinal effects on healthy volunteers came to be known as provings. From the provings were compiled records in which the symptoms obtained were arranged systematically and these constituted the Homoeopathic Materia Medica. During the nearly one hundred provings that he conducted in his lifetime, and the vast number of patients he treated using the system, the founder of Homoeopathy noted the following:

The practice of Homoeopathy started gaining in popularity in Europe, The USA and Asia. With new remedies being proved even after Hahnemann’s death in 1843 the Homoeopathic Materia Medica started to become voluminous. There was a need therefore to create an index of symptoms which would serve as easy reference for physicians. This index is called a repertory. Although this science had faced opposition right from the time of its foundation, Homoeopathy continued to spread and progress. It received patronage from some of the most respected people in society and in the United States at the turn of the century one of every five doctors used Homoeopathy. There were many great homoeopaths in that country at the time, viz. Dr. J.T.Kent, Dr. C.M.Boger, Dr. Nash, Dr. Allen and Dr. H.C.Roberts, all practicing classical homoeopathy. During this period homoeopathic literature developed, its tools were sharpened, its philosophy expounded and its practice evolved.

Homoeopathy had spread to India, and here too there was much development. Calcutta was the stronghold of Homeopathy with famous homeopaths like Dr. B.K. Bose, Dr. M.L. Sircar, Dr. N.M. Chowdury and others. Development continued at this pace in various countries across Europe, America and Asia into the twentieth century until the 1930s when it’s practice began to decline. One reason was that while Homoeopathy integrated philosophy into its theory and practice there was a shift in medicine to a mechanical model of the body. Then there was the discovery of antibiotics and the use of steroids, and in this way a wider rift developed between conventional medicine and Homoeopathy. Another reason was that amongst homoeopaths there started to emerge disagreements. Many deviated from classical Hahnemannian Homoeopathy and some started prescribing on local symptoms and diagnoses, while others mixed several remedies (whereas Hahnemann had advocated the use of single remedies), and yet others discarded the idea of potentised remedies; all this with pharmacies patenting specifics, mixtures and formulas, even homoeopathic hair oils and toothpaste! The stream of Classical Homoeopathy began thinning, although the science itself survived. Except for a handful of classical prescribers, Homeopathy went into the hands of less qualified people or prescribers with no classical foundation.

This state of affairs continued till the 1970s when it’s practice and spread experienced a renaissance. While Homoeopathy had considerably declined in the US and many parts of Europe there were still a considerable number of Homoeopaths in India. A Greek Homoeopath by the name of George Vithoulkas, who also came to India to study the system, can be said to have begun the resurrection of Homoeopathy in Europe in the late 1970s. He re-emphasized treating the patient and not merely his symptoms, and also laid a lot of stress on the perception of the mind state, which Hahnemann had identified as the most peculiar and thus most important aspect of any patient. There had been homoeopaths before him who did this, especially Dr. James Tyler Kent, an American homoeopath in the early twentieth century, who was able to perceive remedy states as images or pictures. This brought some life into an otherwise dry materia medica where remedies had only been looked upon as collections of symptoms, mental and physical. Vithoulkas, working along similar lines, developed an understanding of essences of various remedies. He taught the same at his seminars using video recorded case interviews from his teaching practice. His enthusiastic teaching and appreciable results inspired a new generation of homoeopaths in Europe, the US and India.